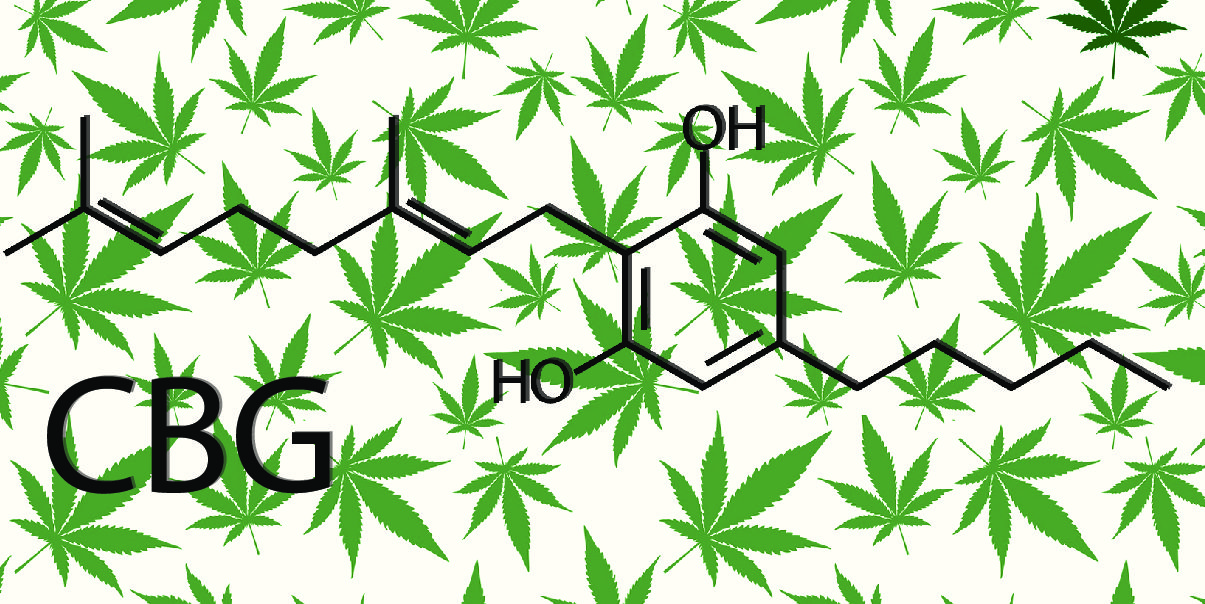 In plants and animals, stem cells have the incredible ability to renew themselves and replace damaged tissues. They’re kind of like parents for the more specialized cells that perform specific functions in an organism. In cannabis, cannabinoids also have a parent: cannabigerol (CBG). Like stem cells, CBG has transformative powers; this compound is the chemical precursor from which which all other 120+ cannabinoids derive. While CBG can’t be used to grow organs (as far as we know), early research has suggested it might one day be useful for a number of conditions: from chronic pain to neuroprotection, treatment of anxiety and depression, to potentially, some forms of cancer (Russo, 2017). Oh, and it’s also non-intoxicating.

The cannabis plant starts out with 100% of its cannabinoid content expressed as the raw, acid form of CBG, called CBG-A. Between weeks 6-8 of the growth cycle, the plant releases an enzyme that converts this CBG-A into all the other raw compounds (like THC-A and CBD-A) we see on product labels. By the time the plant is harvested, there’s hardly any CBG-A left. What is left of CBG-A, usually only a fraction of a percent or so, is converted to CBG when heated (just like THC-A turns into THC and CBD-A into CBD).

The Future of CBG

If it only occurs in such low concentrations, how can we obtain enough CBG to be viable for scientists, patients and producers? Typically this kind of chemical scarcity requires tedious, expensive, high-tech extraction operations and time-consuming breeding. Such processing takes a long time to market and ends up costing the consumer a pretty penny. Fortunately, this is not so with CBG.

Researchers have figured out how to “turn off” the enzyme responsible for the conversion of CBG into other cannabinoids, which would allow 100% of the phytocannabinoid expression of a particular chemotype to remain as CBG. That means easy isolation and extraction–a boon to scientists and future patients alike, this discovery could spell a new future for accessible treatment of a wide variety of conditions. The ability to modify plant chemistry introduces another interesting possibility: could breeders one day be able to generate specific cannabinoid profiles by manipulating the enzymes that affect CBG synthesis? Time will tell.

Beyond the ECS- CBG and secondary pathways

So what does CBG content mean for your high? Since CBG doesn’t have affinity for the CB1 receptor  like THC does, it does not have an intoxicating effect. Like CBD, it seems to work on other pathways. Early research into these pathways suggests that CBG could one day prove useful for a number of conditions:

CBG has a boiling point of 52˚C/126˚F, so you can enjoy the benefits of this cannabinoid even at your lowest vaporizer temperature setting. While the pre-clinical research looks promising, we still have a lot of questions, and we still don’t know what constitutes an effective dose. What is considered “high” CBG content? What is considered “low”? If a chemovar shows .8% CBG, is this pharmacologically viable? What about a concentrate at 6%? As always, consume responsibly and don’t forget to log your experiences in a journal– for science.

Currently At Farma (at time of this posting)

Panama Red by Peak extracts, a cartridge with a 6% CBG content with a bright, stimulating terpene profile– minus the anxiety.

Granola Funk by Evolvd, a cartridge with a whopping 6.32% CBG content with a grounding, muscle-melting cookie heritage.

Ice Cream Man by Gnome Grown Organics, at 2% CBG, this flower has the highest content in the case at this moment. Grab it while it’s hot.

Cannabis Pharmacology, the usual suspects and a few promising leads: