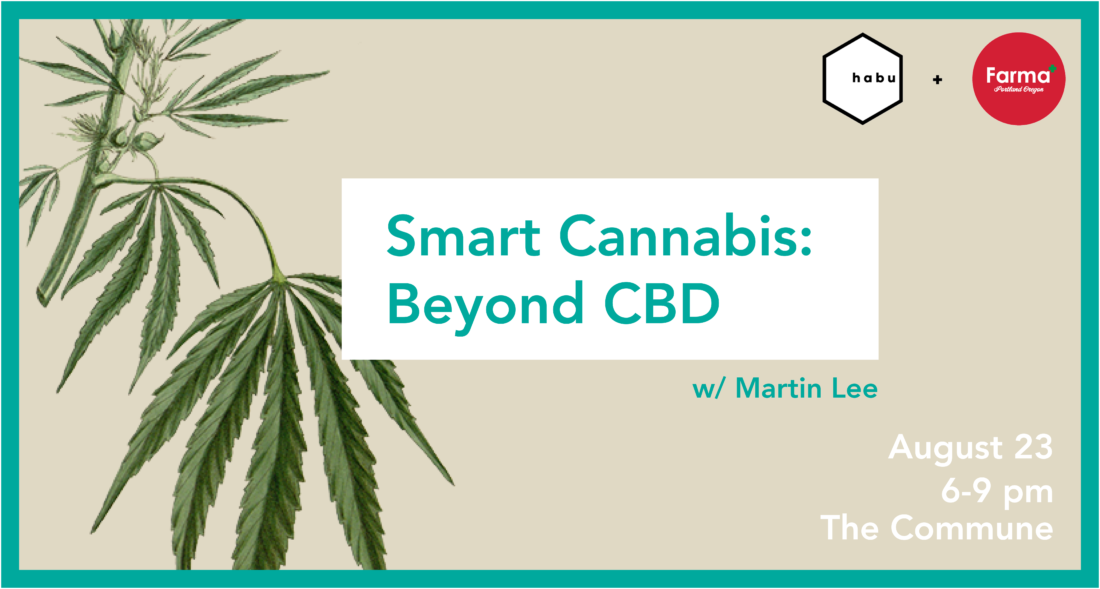 In All, Farma News

The next Smart Cannabis lecture is fast approaching! What is Smart Cannabis, you ask? The Smart Cannabis lecture series was created late last year as a collaborative project between Farma and habu health. The recent explosion of interest in cannabis means that there’s a ton of information out there. Our goal is to help sift the good from the bad and present it publicly. Since our founding we’ve hosted some incredible speakers (Anna Symonds, Dr. Adie Wilson-Poe, Dr. Alisha Holloway), and seen hundreds of beautiful faces in the audience. So many people want to learn more about cannabis but might hesitate to walk into a dispensary. Smart Cannabis is for them and the cannabis professionals dedicated to making their experiences better. This is cannabis in the modern era.

Project CBD was started in 2015 by a doctor and an activist who noticed a distinct lack of publicly available information about cannabis. They were inspired by the International Cannabis Research Summit (ICRS), a long-standing international conference for scientists focusing on all aspects of cannabis science, and  began creating content that was based in solid scientific research. We met Martin Lee of Project CBD at the most recent ICRS. It rapidly became apparent that he and his project were a perfect fit for the lecture series. The series’ focus has always been the science behind cannabis and how the plant and its potential benefits are perceived by the scientific community. Project CBD has been an invaluable resource to many people beginning their journeys into cannabis use. The next Smart Cannabis lecture will feature Martin speaking about how other practices and herbs can active the systems that cannabinoids interact with.

When we talk about how cannabis affects the body, we often jump right to the endocannabinoid system. This system is composed of two receptors, like tiny buttons that trigger or block activation, on cells located throughout the central and peripheral nervous system. They are called the cannabinoid receptor type 1 (CB1) and cannabinoid receptor type 2 (CB2). THC is the primary plant-derived compound that interacts with these two receptors. Cannabis, however, contains multitudes. THC is on of at least one-hundred and twenty seven cannabinoids, many of which interact with a number of other systems throughout the body. Given the promiscuity of plant-derived cannabinoids, it’s no wonder that other compounds and activities can activate the same systems. Come and learn more next Thursday.

Need something for your ear holes? Episode 6 of This Is Cannabis is all about Smart Cannabis.