In All, Press & Awards

Farma was featured in the Willamette Week article “The New Crop
Six Portland dispensaries that point to the future of retail weed.” 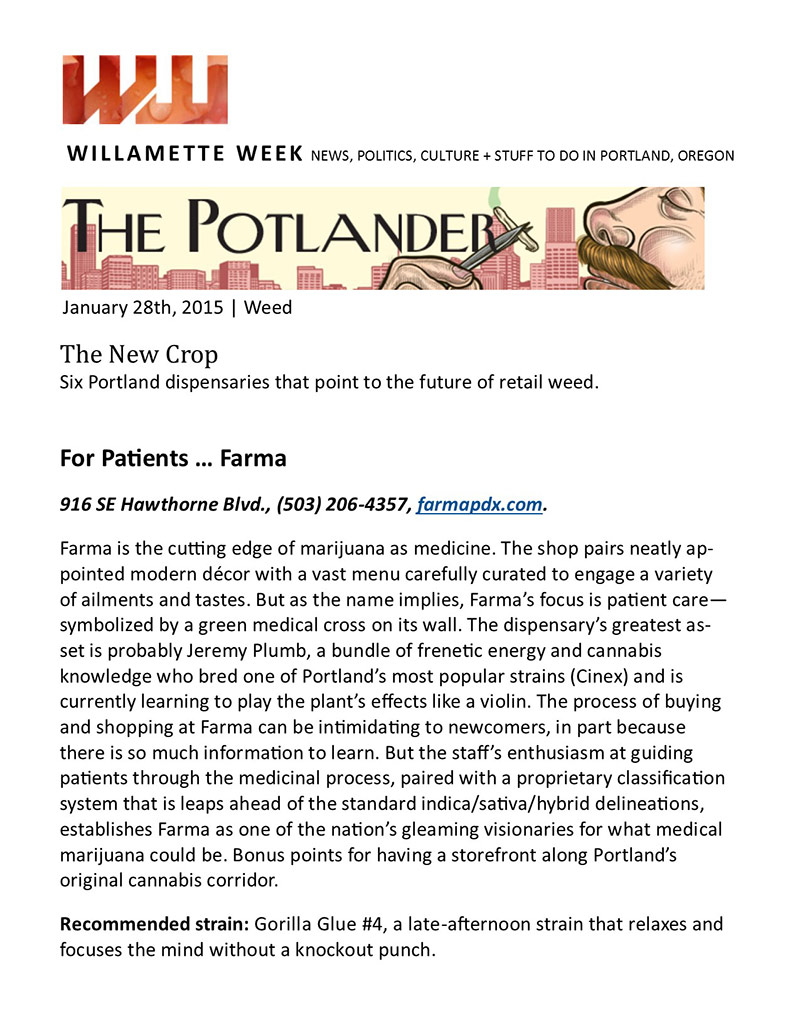 We are thrilled to have gotten this great coverage!

Farma is the cutting edge of marijuana as medicine. The shop pairs neatly appointed modern décor with a vast menu carefully curated to engage a variety of ailments and tastes. But as the name implies, Farma’s focus is patient care—symbolized by a green medical cross on its wall. The dispensary’s greatest asset is probably Jeremy Plumb, a bundle of frenetic energy and cannabis knowledge who bred one of Portland’s most popular strains (Cinex) and is currently learning to play the plant’s effects like a violin. The process of buying and shopping at Farma can be intimidating to newcomers, in part because there is so much information to learn. But the staff’s enthusiasm at guiding patients through the medicinal process, paired with a proprietary classification system that is leaps ahead of the standard indica/sativa/hybrid delineations, establishes Farma as one of the nation’s gleaming visionaries for what medical marijuana could be. Bonus points for having a storefront along Portland’s original cannabis corridor. WWG.
Recommended strain: Gorilla Glue #4, a late-afternoon strain that relaxes and focuses the mind without a knockout punch.