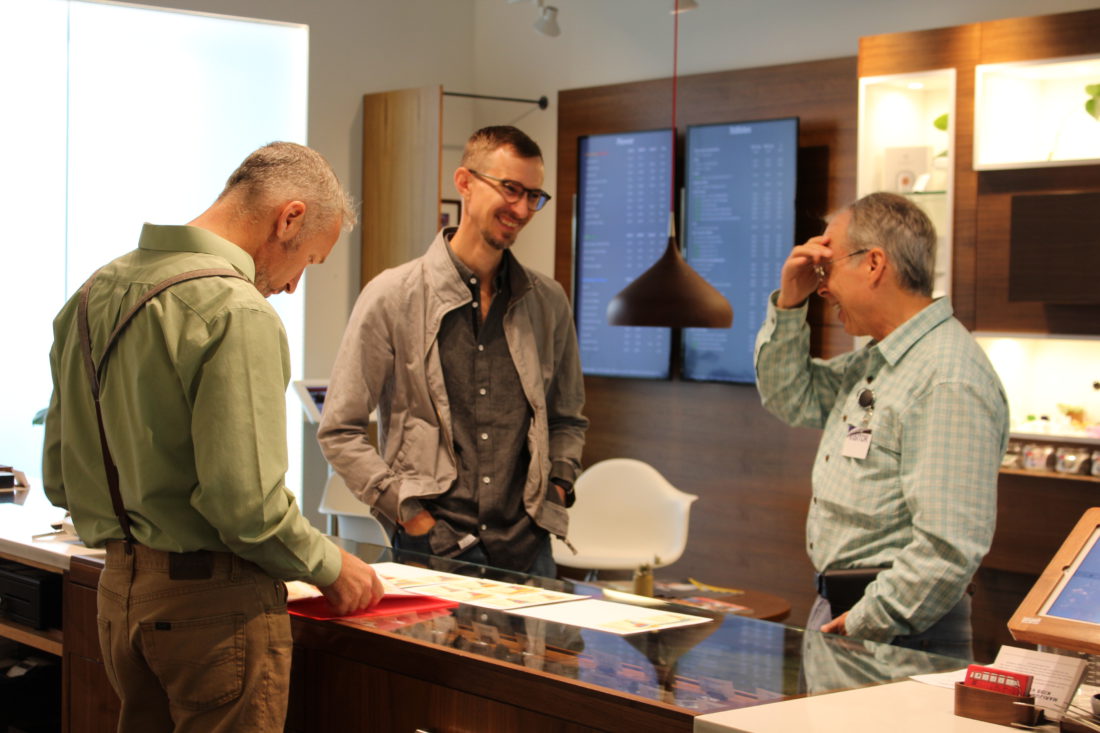 In All, Farma News

This week, Portland played host to a great convergence of forward-thinking, scientific minds.  The annual Cannabis Science Conference provides a platform for scientists, clinicians, educators, and advocates working within and around the cannabis industry, from across the globe, to share ground-breaking innovation and research. The work of one of these prestigious presenters at this year’s convention, Dr. Ethan Russo, is central to Farma’s philosophy and we were lucky enough to have him by for a visit.

Our co-founder, Jeremy Plumb, Portland’s own Wizard of Weed came by to lead a tour of both the shop and his current project, a meticulously innovative grow at Prūf Cultivar. A recent acquisition here at the shop, Prūf is putting emphasis on finely tuned, mixed-ratio (THC:CBD) chemovars with a cult of personality. (Keep an eye out for the forthcoming Grower Narratives section here on the Farma blog where we will explore the story behind Prūf, and each of the growers on our shelves.) 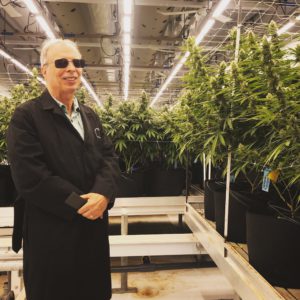 The Bedrock of the Farma Philosophy

Farma owes a great deal of gratitude to Dr. Russo and his ground-breaking research. We were the first dispensary in the world to present cannabis flower to consumers on a spectrum of effect based primarily on the available chemotypic data for each cultivation – major and minor cannabinoids, as well as the measurable aromatic compounds, terpenes.  It was Dr. Russo’s work, documented in Taming THC: potential cannabis synergy and phytocannabinoid-terpenoid entourage effects, that gave birth to that vision.

By accessing, analyzing, and presenting the data behind this powerhouse of polypharmacological properties, Farma has helped to reframe the conversation around cannabis and create more informed consumers, better able to take well-being into their own hands.

Witnessing this meeting of the minds was a great privilege; employees at both locations buzzed with excitement. And, after looking through all the smiling photos, it was difficult to decipher who had the best day.