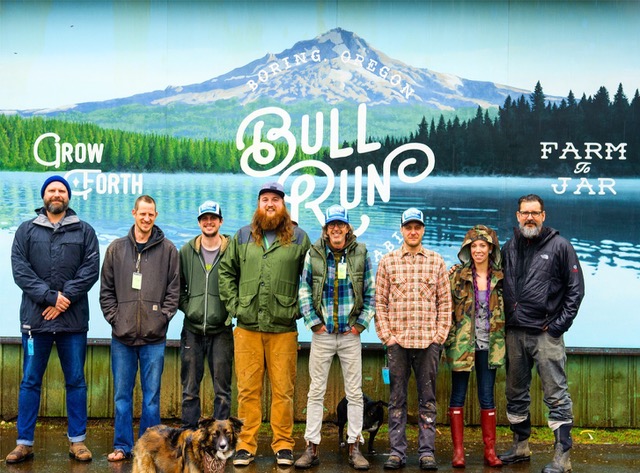 In All, Featured, Growers and Producers

At Bull Run, the Dutch connection runs much deeper than on most cannabis farms. Located on a scenic 60-acre peninsula where the Bull Run and Sandy rivers meet, the farm was originally settled in the mid-1800s by a Dutch family fresh off the Oregon Trail. A century later, under the ownership of the 10th-generation Dutch botanist, Jan de Graaff, the farm was producing upwards of $50 million each year in product. Eventually patenting 150 unique lily bulbs, one stood apart from the rest: the Stargazer Lily, the world’s first skyward facing variety. 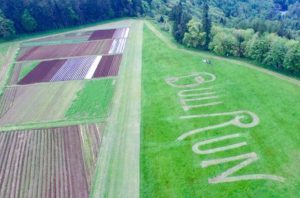 This phenomenal property includes an airstrip which was offered up to fire fighters battling the tragic Columbia Gorge blaze of 2017. Photo courtesy of Bull Run.

Flash forward to about a decade ago, when local farmer and Portland restaurateur Billy Tosheff took over the historic property and began thinking of new ways to make organic food production more sustainable. He hadn’t considered adding a cash crop like cannabis to the mix until he was approached by local entrepreneur, John Plummer, owner of Portland’s much beloved Doug Fir Lounge.

Plummer and his buddy, master grower Mike “EZ Mike” Scarbrough, had imagined the future of organic craft cannabis while sailing on their boat, the Sundown, along the Columbia River. When the time was right, they approached Mike’s neighbor, fellow Oregon native and master grower, Steve “Big Steve” Bailey. They were knocking on Tosheff’s door by the end of the same day. Location was key and the remarkable infrastructure of Stargazer Farms offered the perfect opportunity. The partnership struck upon a new kind of Dutch connection and Bull Run Craft Cannabis was born.

“We’re permaculturists,” Big Steve explains, “we reuse everything.” From fresh fermented juice teas to hand-watering and mixing organically sourced dry nutrients – to the use of beneficial bugs and predator mites – Bull Run takes a sustainable approach to cultivating their award-winning flower. This marriage of like-minded agricultural and environmental philosophies creates a unique harmony that has garnered Bull Run early accolades and helped them achieve the Certified Kind stamp of approval, reserved for cultivators who go above and beyond USDA Organic standards.