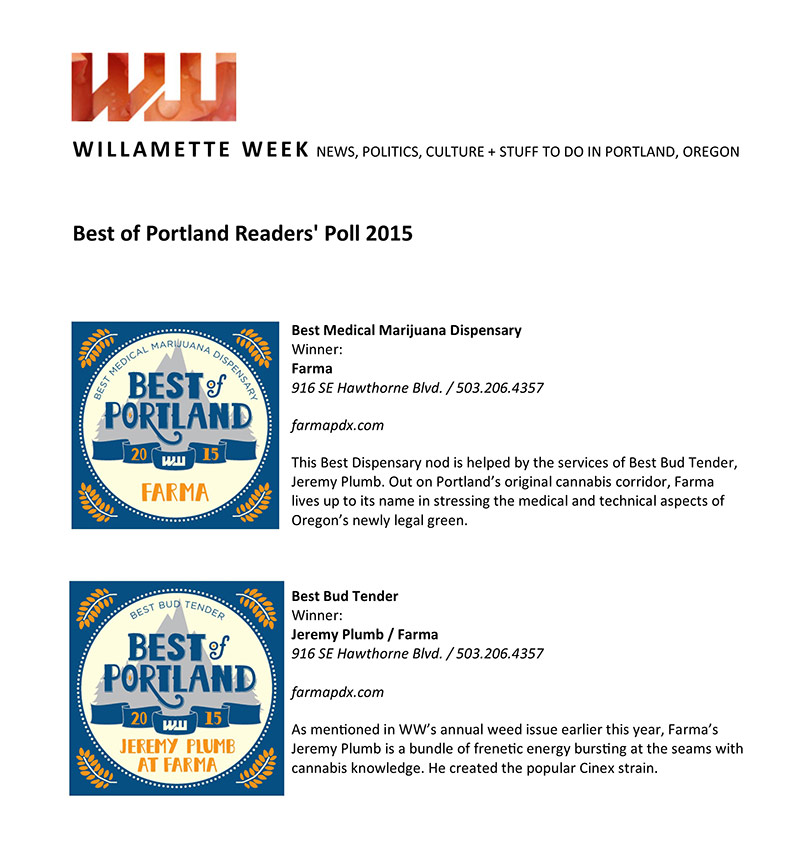 Farma is honored to have its very own cannaibis scientist Jeremy Plumb voted Portland’s Best Best Budtender in Willamette Week’s Best of Portland Readers’ Poll. Thank you for this honor!

As mentioned in WW’s annual weed issue earlier this year, Farma’s Jeremy Plumb is a bundle of frenetic energy bursting at the seams with cannabis knowledge. He created the popular Cinex strain.

Farma is an award-winning Cannabis Dispensary in Portland, Oregon, that is open to the public for retail and medical sales. Our mission is to improve people’s lives by reframing their relationship with cannabis.